Yesterday a man entered an Atlanta middle school with a semi-automatic weapon intending to kill some cops with as public a platform as possible.

Antoinette Tuff is a clerk at the school. The gunman instructed her to call a local news station to record his attack. Tuff managed to talk the gunman down after he fired his first shots. No children were hurt and there is no way to imagine how many lives were saved. 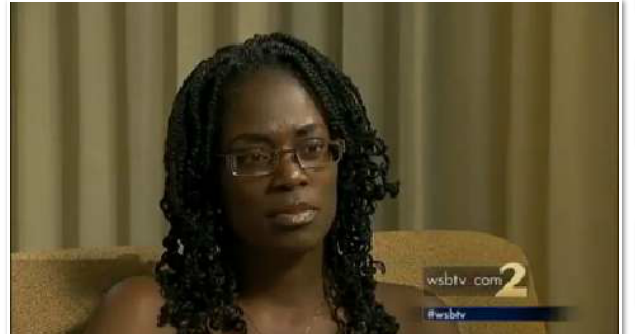 Tuff is an amazing woman who did what we can each only hope to be brave enough to do when so many lives are at stake. Many are attributing her immense bravery to a type of womanhood. I’d rather they attributed it to her humanity. For black women, there’s a difference.

“It takes a woman to stop a man with a gun” has floated down my timeline many times today. It’s a rebuke of the NRA president’s assertion that only a good guy with a gun can stop a bad guy with a gun. Our public psyche has been scarred by far too many brutal, well-publicized public massacres over the past two years. We need a response to the callous disregard among some to the many who are lost when we refuse to talk sensibly about gun control.

However, positioning Tuff in that narrative instantly made me uncomfortable.

There is a long history of black women being constructed as simultaneously weak of flesh and immune to the weaknesses of the flesh.

Black feminists and scholars have detailed the tropes that have been used to marginalize and dehumanize black women, generally to the benefit of protecting the cult of white womanhood. Jezebel, Sapphire, Mammy, Welfare Queen, Ghetto Chick — all of these work through each other and historical conditions to create an ideology that legitimizes scientific inquiries into the genetic masculinity of black women as a reason to explain why we are so ugly, stupid, lazy, unmarriageable.

The Strong Black Woman caricature can seem like a disruptive counternarrative. In this, at least black women are respected for their remarkable ability to not cry at work, let a man get her down, be the mule of the world and still laugh loudly and talk sassily.

The problem with that is one of constrained ideologies. The relative destructiveness of the Strong Black Woman to the Welfare Queen can make the former seem positive. In fact, the myth of the indestructibility of black female bodies and psyches increases our chances of being engaged in the criminal justice system, being victims of domestic violence, being ignored when we report sexual crimes, being ignored by public policy unless we are used as tools to further gender parity for white women or racial parity for black men.

The Strong Black Woman trope, when internalized, can justify not seeking medical help when our bodies require it, mental health help when our minds demand it, or social support when our spirits are crying out for it. All of this could help explain why we are more likely to die from all manner of health ailments than white women, if we are ever diagnosed or treated to begin with.

Black female bodies are not indestructible. Had that deranged gunman taken Tuff’s valiant overtures at sympathy and human connection as a threat her blackness and womanness would not have saved her. Indeed, the ideology that devalues black women’s authority, lives, and humanity made her more vulnerable to the contorted reasoning of a mentally ill man with a desire to commit public murder.

Tuff talked down a madman. That is brave, yes. But, it is also human. It is also incredibly risky and dangerous and should never have to be asked of a civil servant hired to manage the front house of a school. She did not stare down a man like a superhero. She stared him down like a human. Confusing the two may feel like a compliment but that is only because the relative position of how black women are normally caricatured in the media and public imagination makes it seem so. In reality, honoring Tuff’s humanity and how willingly she risked it by extending it to an aspiring mass murderer is not only a greater compliment but closer to the truth.