The title is click-bait.

If you follow me on That Social Media site you know two things about me: I love Dolly Parton and I am mad for Hallmark Christmas movies. As the former goes without saying, I will say a bit more about latter.

Hallmark Christmas movies are a genre. They are a phenomenon. I’m a sociologist. I am sold just on those two things alone.

I also grew up on Harlequin romance novels. There were boxes of them at my grandmother’s house, along with Stephen King and Sunday school lesson plans. 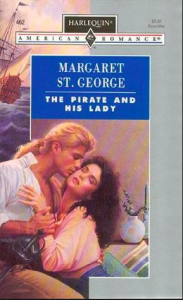 I devoured them. I am what you might call a savant when it comes to the genre. One should nurture their talents. This is one of mine.

Hallmark Christmas movies are also the whitest places that are not also a country music festival. I love turning the critical lens on white things the way the University of Chicago has done the south side and urban ethnographers have done people of color forever. Call it a little bit of reparations.

I could write a whole book about Hallmark Christmas movies if I had the time. But, I do not.

I do have suggestions for how to watch Hallmark Christmas movies critically.

Jordan Peele’s instant classic opens in a neighborhood that is recreated in every Hallmark Christmas movie. What he does brilliantly is communicate to you that the neighborhood is white by focusing the camera on the black man walking it. Because, that is how whiteness is refracted: by who is excluded. Without the black man, white audiences especially may not register the neighborhood as white. Peele wants to make strange the familiarity of white enclaves and residential segregation and boundary making.

Throughout the film, “we” are asked to see the normal white enclave in which the film is mostly set as deviant.

As the protagonist of Get Out, Chris Washington tells a great deal of the story using only his eyes.

Of course, black people do not need the black man protagonist’s eyes to see it that way. We can always see it. The framing is for white audiences. The fun as a black movie-goer was not being surprised by a single narrative turn in the film while white movie-goers around me jumped at every one. Watching them watch their own lives be dissected was the fun of the film.

Both Hallmark Christmas movies and Get Out are interpreting how and why people self-select into white fictions of segregated spaces and places. The only difference is whose eyes you use to see these spaces and places.

All of the Hallmark Christmas movies can be viewed as the backstory to Get Out. It is what is happening in the horror film when the black protagonist is off-screen. It is the normal mediocrity of jokes that are not funny and gendered norms and white Puritan aesthetics. A fictional or imagined town in a Hallmark Christmas movie is only beautiful if you assume there is no black person off-screen.

I like being the off-screen black person in Hallmark Christmas movies just like I enjoy watching white people being shocked that the white woman in Get Out is a willing, enthusiastic sexual predator. It is toasting the white bread, as it were.

Of course, if all of this is too nerdy to turn your crank, you could just do the Hallmark Christmas movie bingo game:

Nothing like a room full of people yelling “dead parent!” all at once for Hallmark Movie Bingo #AGiftToRemember @hallmarkchannel pic.twitter.com/72dwzIzj7h

I think “dead parent” is my favorite. Please ask me why so I can justify writing another post on this.