The 20 Million Minds Fund is sponsoring a talk on the future of higher education today. I’ve followed sporadically on twitter (#20mmreboot). My comrade Audrey Watters is doing a solid service to us all by live-tweeting.

Here, I’ll let the pictures do the talking.

According to a CHE report, sometime around 2020 minority students will outnumber white students in U.S. Colleges. So the future of higher ed could look something like this:

The folks writing the future of higher education at 20 Million Minds today look like this: 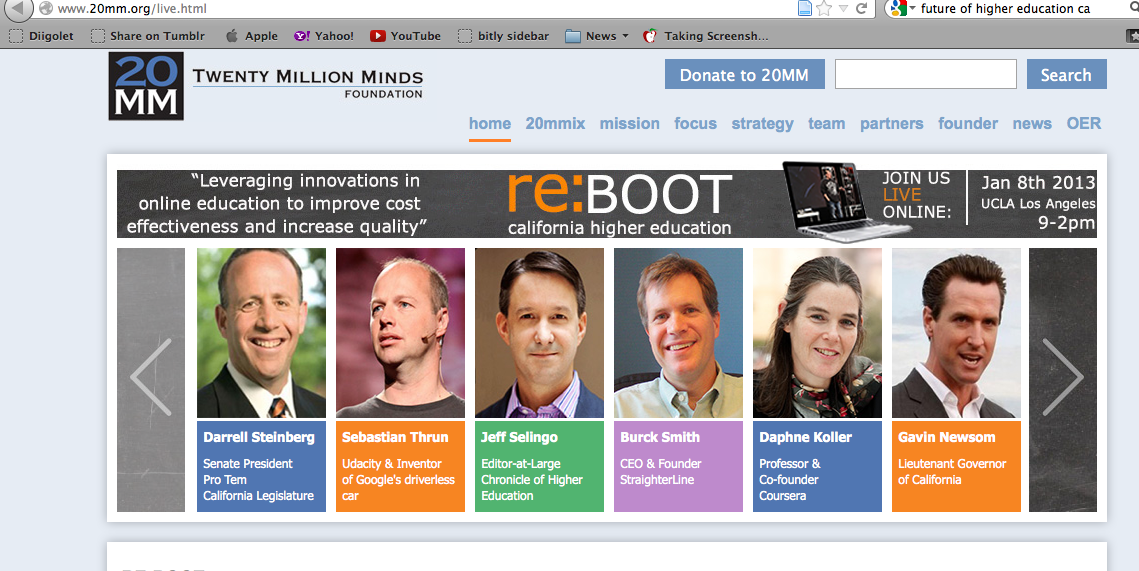 I’m not saying that’s a problem…per se. I am saying that one of these things is not at all like the other.